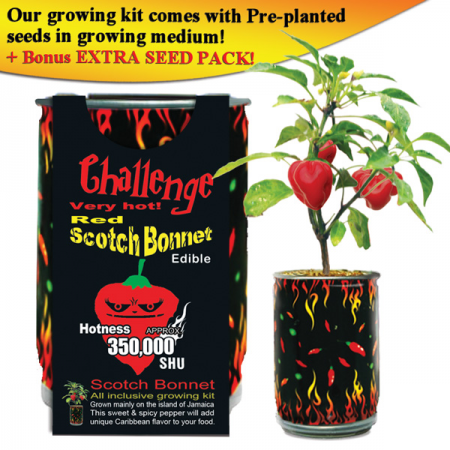 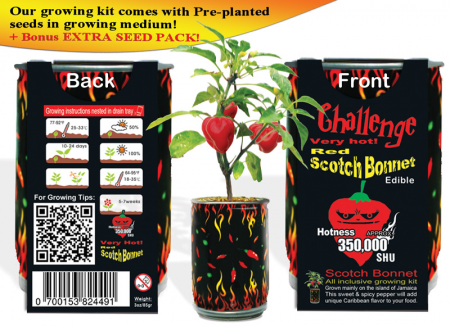 If you like the heat of the Habanero, you will enjoy the Scotch Bonnet red pepper, too. The hot pepper ranks between 100,000 and 400,000 SHUs. Even though the pepper packs some heat, the smoky flavor with fruity undertones is undeniable.  Some refer to this chili as a Jamaican pepper because of its origins.  The small peppers are thin-skinned and shaped somewhat like a squash, although, they look more like a bonnet.

The Scotch Bonnet red chili pepper originated in the Caribbean.  The pepper is a mutation of the Yellow Scotch Bonnet pepper and has the same delightful bonnet shape.  The name, “Scotch Bonnet” derives from its shape and its similarity to a Tam O’Shanter hat.

Scotch Bonnet Red chili peppers require a well-drained soil that has been deeply worked.  The pH should be 6.0 to 6.8.  After planting, be careful to avoid over-watering.  Start the Scotch Bonnet seeds indoors or in a greenhouse about 8 to 10 weeks before the expected final frost of the season.  Once they are moved outdoors, the plants need to be staked to keep fruit off the ground and to allow for mulching and controlling weeds.  When the first fruit appears, harvest it early to encourage plants to continue producing throughout the season.  Fruit needs to be cut rather than pulled from the plant stems.  Make sure to wear gloves when handling hot peppers such as the Scotch Bonnet Red chili.  The capsaicin can be irritating to the eyes and skin.