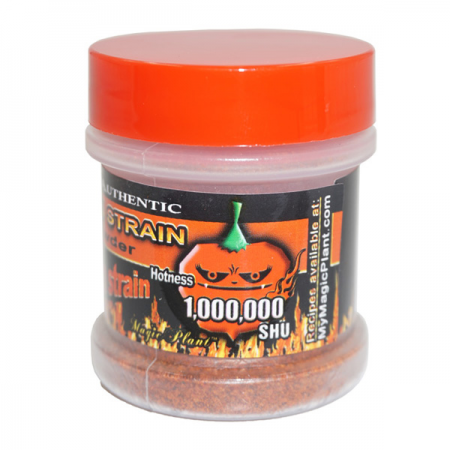 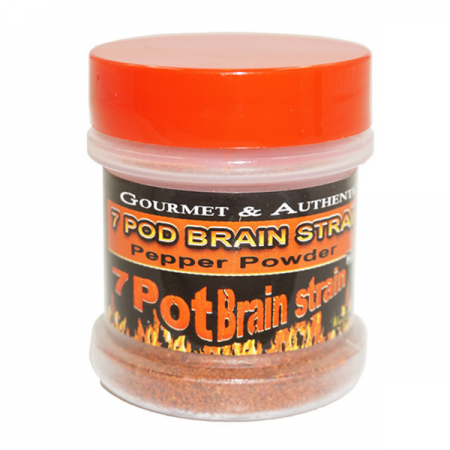 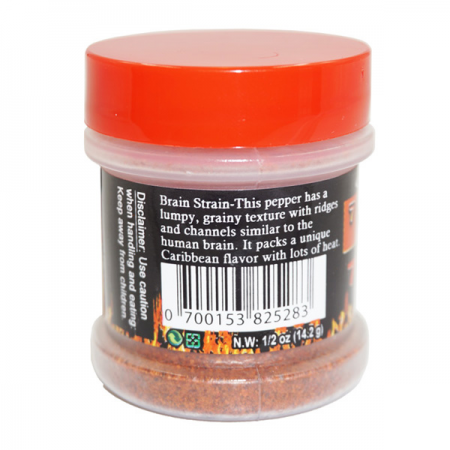 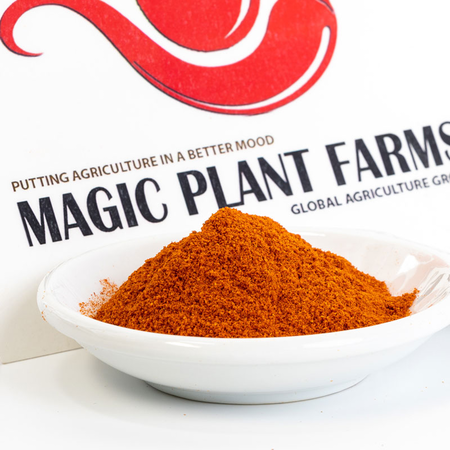 7 Pod Brain Strain Powder is a dried form of the 7 Pod Brain Strain chili pepper. It has a distinct flavor, but due to the intense heat, it’s best used sparingly.  The powder is hot, but it’s as flavorful as it is hot. Because it is packed with flavor it is widely used in a variety of dishes. The pepper ranks about 1,350,000 SHUs on the Scoville heat scale. The flavor is somewhat smoky and fruity with a hint of sweetness that is somewhat deceptive as it packs a powerful punch of heat as well. The powder should be stored in a dry, cool place in an airtight container. This will keep it free from moisture buildup which can cause spoilage or clumping.

History and Origin of the 7 Pod Brain Strain Pepper

The 7 Pod Brain Strain was developed from two peppers to produce certain desired traits. It is not considered a “hybrid” since that indicates crossing varieties. Instead the developer, David Capiello, used pods from different Trinidad peppers. There has been some confusion as to the name of the pepper and whether it is “7 Pod” or “7 Pot.” Initially, rumors are that it was named the “7 Pot” Brain Strain because it wielded enough heat for 7 pots of soup. But it is also freely called “7 Pod.” Either way, it is the same sweet-hot pepper. The “brain strain” portion of its name is indicative of the appearance of the pepper. It bears some similarity to the texture and shape of the brain.

Remember, if you are not used to using 7 Pot Brain Strain Powder, start sparingly. Give yourself time to get accustomed to the heat. The pods of the chili pepper are dried and crushed into a fine powder. In powder form, it’s easy to add flavor and spice to stews, sauces and other types of soupy dishes. Add it to your favorite hot sauce recipe. Sprinkle it in your next casserole, or put some of the fine powder on top.